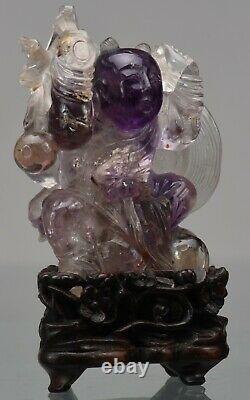 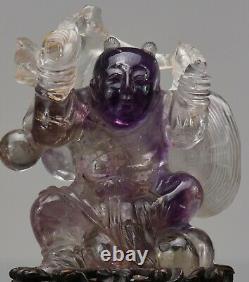 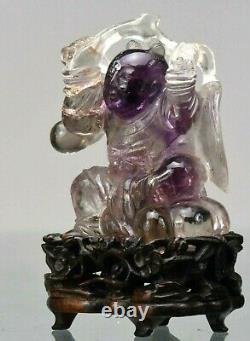 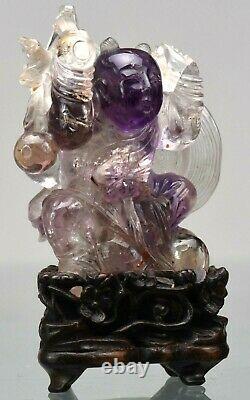 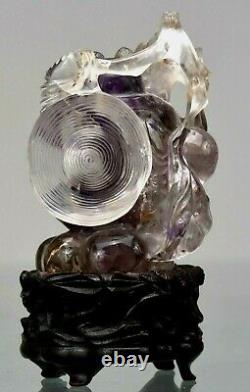 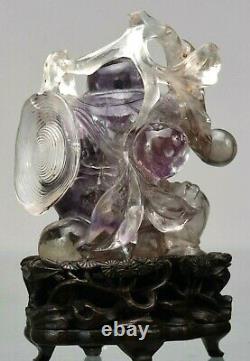 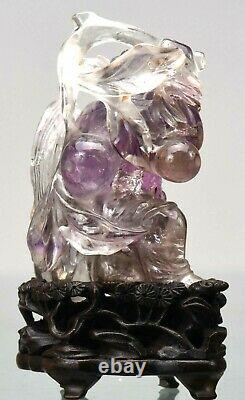 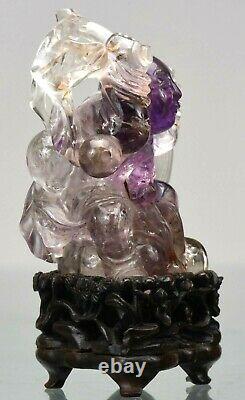 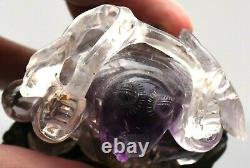 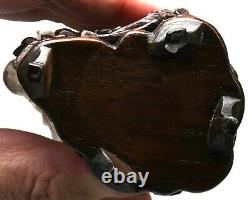 The chief of the eight Immortals: Chung-Li Chuan. This purple (amethyst) face, bald headed, Buddha is believed to bestow the blessings of good health. He has a large hat and carrying a peach branch bearing fruit and a large leaf. (famous for feather like fan). Zhongli Quan (or) (Wade-Giles: Chung-li Ch'üan) is one of the most ancient of the Eight Daoist Immortals, having allegedly lived during the Han Dynasty 206 B.

Initially a well-respected general in the Han emperor's army, he became renowned later in life as an alchemist, and as the instructor of Lu Dongbin (a fellow immortal). Today Zhongli Quan is remembered for his dedication to helping others, and for cultivating his own spiritual and moral character. In Chinese art, Zhongli Quan is typically portrayed as a rotund man bearing a feathered fan or a peach.

This item is in the category "Antiques\Asian Antiques\China\Figurines & Statues". The seller is "antiques4u_2" and is located in Wesley Chapel, Florida. This item can be shipped worldwide.