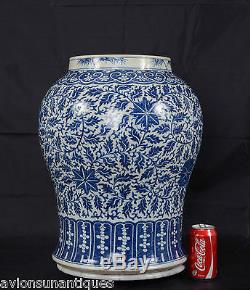 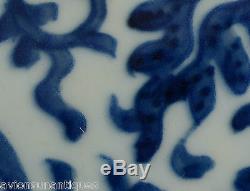 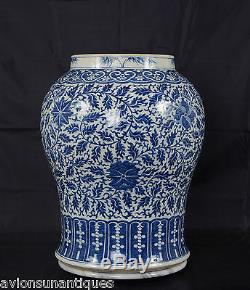 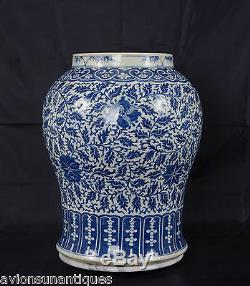 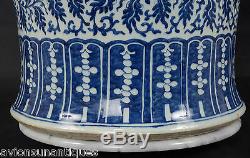 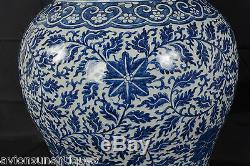 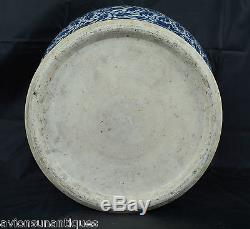 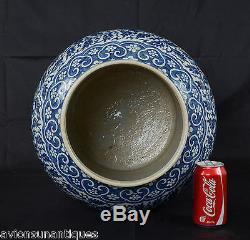 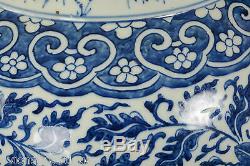 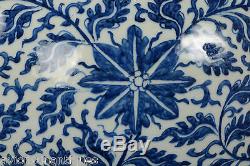 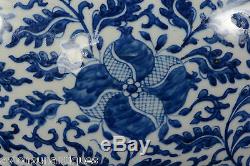 It weighs about 28 pounds (about 12.7 kg). Made in the Qing Dynasty (very small possibility it was made during the Ming Dynasty). Ie, Ming style, but made later during the Qing Dynasty. Very nice heap and pile blue glaze decoration - as you run your fingers over the body, you can feel the blue glaze is slightly raised - ie the surface is slightly lumpy, with the lumps formed by the blue glaze. There is restoration material on the rim - its starting to turn off white, which indicates it was done a few decades ago - probably in the 1970's.

I can't tell what has been restored - likely a rim chip. There is also a small amount of restoration material. Just to the left of one of the four gourd flower like shapes on the shoulder (please see the photographs). If it were in perfect condition, this would be a six figure vase. There is a reason perfect examples are so valuable, and that's because there are almost no perfect examples in.

That means if you want it, either come and pick it up in person, or pay to have it delivered by courier - ie UPS etc. The item "Chinese Porcelain Blue & White Glaze Lotus Vase Qing Dynasty 48cm Antique" is in sale since Sunday, September 3, 2017. This item is in the category "Antiques\Asian Antiques\China\Vases".

The seller is "avionsunantiques" and is located in victoria, BC. This item can be shipped worldwide.